Everything About Live Dragon Tiger

Often described as a two-card Baccarat version, Dragon Tiger shares many similarities with the popular card game. Originally introduced in Cambodia, Dragon Tiger has since spread in many online casinos around the world. Asian players love the simplicity and fast pace of the game which makes it suitable for high rollers and streak bettors. 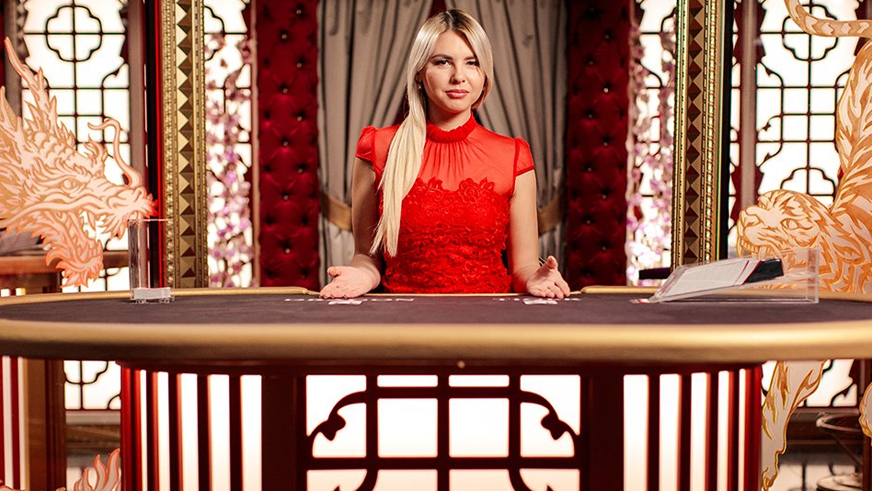 Made for Baccarat enthusiasts, Dragon Tiger is a game where you aim to predict who has the higher card – Dragon or Tiger. Just like in other casino game, you’re not playing against the dealer or other players. The goal of the game is to predict which hand has the highest card. There are no additional cards drawn in the game, which means that Dragon Tiger resembles Casino War more rather than Baccarat.

There are only two cards in play with three possible outcomes. Either the Dragon or Tiger is going to win, with the possibility of a Tie (push) also available. Regular (Flash) versions of Dragon Tiger don’t offer many side bets. You can, however, bet on the suit of the card to win and wager on whether the card that wins will be Big or Small. The live variant of the game offers the Suited Tie optional bet which has an amazing payout.

How to Play Live Dragon Tiger

Dragon Tiger is played with a standard 52-card deck dealt from a regular blackjack shoe. It uses no wilds or jokers. The game begins by the player placing a bet on either the Dragon or Tiger. The dealer will place two cards face up on the layout and the highest card on the table wins. The rank and order of the cards follows their numerical value, so Aces are low, while 10, J, Q, and K are highest.

Although Dragon Tiger remains one of the most fun and simplest games to play in online casinos, it has a higher edge when compared to Baccarat or Casino War. The house edge is set at 3.73% on the two main bets and higher on the Tie bet.

Dragon Tiger is quite popular in online casinos across Asia and the world. Recently, the game’s popularity exploded when Evolution Gaming, the leader in live dealer games development, released their own live version of Dragon Tiger. An attractive game with two optional side bets, Live Dragon Tiger has won the hearts of thousands of players.

Where to Play Live Dragon Tiger

Live Dragon Tiger by Evolution Gaming is a hit. It’s a fast-paced game with rounds taking only 25 seconds and set inside a detailed environment with Chinese symbols – just like the name suggests. Light effects are synchronized to the outcome of each hand, and there are two options side bets with payouts as high as 50:1.

Streamed in full HD quality from one of Evolution’s many studios, it’s safe to say that Live Dragon Tiger certainly looks the part. When the game starts, the dealer puts two competing cards on the table. Players bet on which card is the highest or whether the round will be a tie. Evolution’s helpful user interface provides players with detailed statistics for each turn as well as roads that assist them to predict the outcome in the following turns. The payout for both main bets (Dragon/Tiger) is 1:1.

The interface of the game makes it easy to get the hang of the game. You can easily see how much time you have left to place a bet thanks to colored indicators. If you miss a turn, don’t worry – there’s another round coming up in 30 seconds. Evolution’s Live Dragon Tiger is one of the quickest live dealer games we’ve played to the delight of many players.

Unfortunately, Live Dragon Tiger can’t be played for free in live casinos. In some casinos, however, you can watch others play for free. That should be enough to familiarize yourself with the game and the options at your disposal.

The Tie bet certainly offers an enticing payout, but experts recommend staying away from it due to the high house edge. The Suited Tie bet is even worse in regards to the house edge. If you’re feeling lucky, though, it’s your decision.

No, and you shouldn’t attempt using one. Dragon Tiger is a fun and simple game that doesn’t require much strategy. You have only a few options to bet on and statistics from the previous rounds, so you can easily predict the outcome of future turns.

Dragon Tiger and Baccarat are similar in gameplay, but they are not the same game. The house edge in Dragon Tiger is noticeably higher than in Baccarat.