If you’re a big fan of the traction Live Casino games have stirred up in the last few years, you’ve probably heard of the new Live Dealer game studio OnAir Entertainment. This new contender has become a go-to for many Live Casino fans in a short period, and it’s easy to see why! On top of its lofty expansion plans in the works, the developer has just launched an exciting new Scalable variation of classic Blackjack named Eclispse Blackjack! Seating an unlimited number of players, this premium table is one you don’t want to miss. 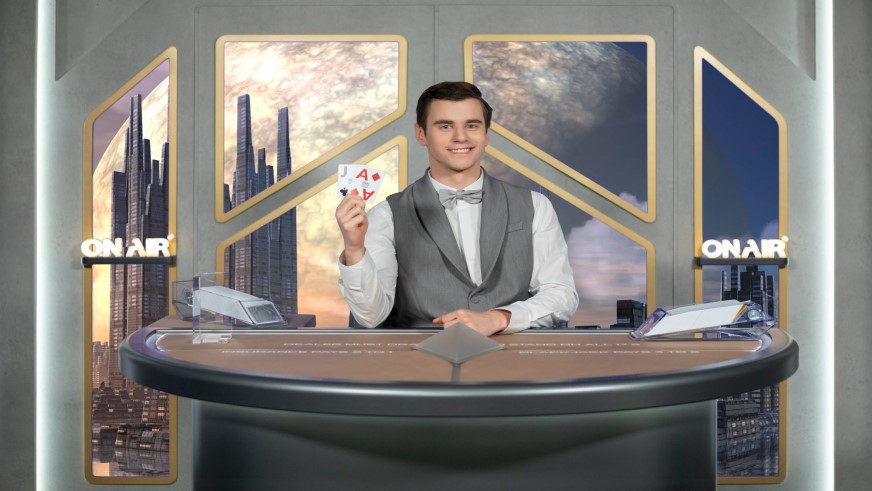 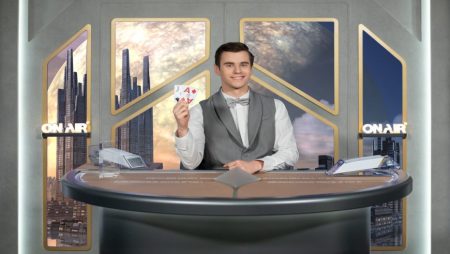 Live Casino gaming might have been the underdog of the online gambling world until recently, but the category has received tons of attention lately. With new companies seeing the potential in this field, it’s become a hot topic that people can’t stop talking about! Of course, we can’t blame them. Thanks to the exciting new additions on the scene, there’s plenty to look forward to when classics like Blackjack, Roulette, and Baccarat are in question. If you don’t believe us, we’ll prove it by exploring the fun new release by up-and-coming Live Casino studio OnAir Entertainment.

Before we get into the thick of it, we should say a word or two about the fresh face on the Live Casino block – OnAir Entertainment. This exclusive Live Dealer development studio debuted recently in 2020. Unlike many new contenders who like to take things slow, this daredevil burst onto the scene with lightning-quick action, releasing several top-tier games available in casinos across Europe. While its game collection is pretty intimate due to its novelty, it consists of premium tables that include Blackjack, Baccarat, and Roulette!

While OnAir Entertainment’s games are impressive, what might impress you more is its quick expansion. The studio has managed to launch in ten markets in ten months, quickly becoming a staple in several popular online venues. Its expansion plans don’t stop there. The studio is currently working to reach as many new casinos as possible, while simultaneously releasing high-quality new titles to keep players interested.

OnAir Entertainment knows how much casino fans love classic table games. It also knows that innovating with fun new features is key to keeping users engaged! The studio’s latest release is titled Eclipse Blackjack, an upgraded version of its classic Blackjack games. This new addition is a scalable variation of traditional Blackjack, featuring an exhilarating experience where an unlimited number of players can join the table and enjoy the gameplay. As it stands, this new release comes at the perfect time to bring new life to the operator’s upcoming Spanish studio!

On top of the improved scalability, players are free to place side bets on par with the main bet, increasing their win potential and upping the stakes. Some of the side bets included in this game version are 21+3, Lucky Lucky, Royal Jacks, Bluster Blackjack, and several others. The process of placing these side bets is also made simple with the inclusion of a “Place all side bets” feature, and finally, players can peek at the real-time statistics of other users to give them an idea of how to proceed.