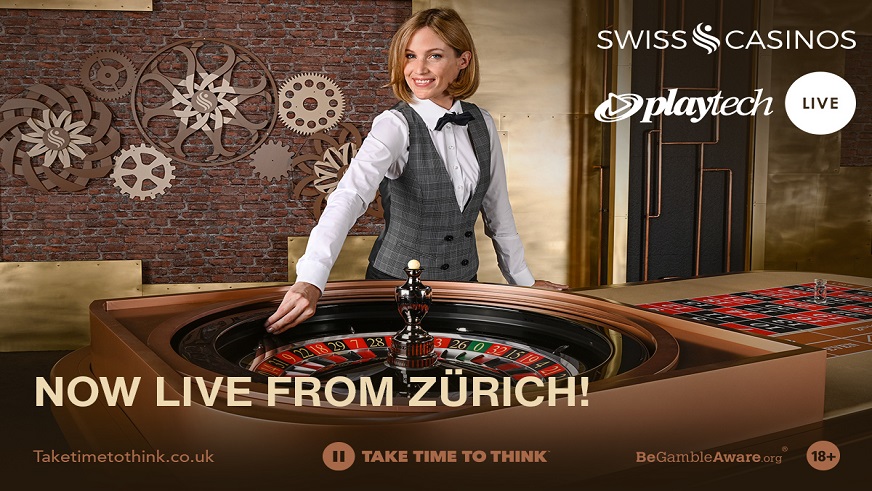 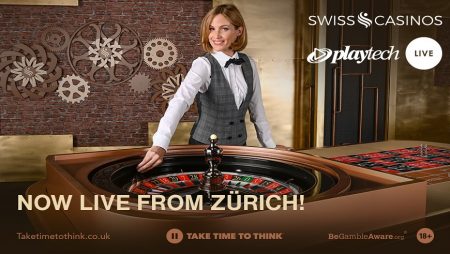 The developer and leading gambling tech company has announced the news yesterday, on the 9th of December, so let’s see what the new studio has to offer.

A brand-new studio, opened in Zurich, is now live, thanks to Playtech, the world’s greatest online gambling technology company. The developer announced yesterday, the 9th of December, that it has officially launched a state-of-the-art Live Casino studio in Switzerland, built on the existing Swiss Casinos site.

The new Live Casino studio is the first-of-its-kind in the country, and second in Europe. It has been built in close collaboration with many teams and strengthens the partnership between Swiss Casinos and Playtech. It offers Swiss players direct access via the casino website to all Playtech Live tables, such as 7 Seat Blackjack, Live Roulette and the Blackjack version of All Bets. Naturally, all of the tables offered arrive with native-speaking, highly trained hosts, ensuring players get to receive the most amazing experience possible.

Swiss Casinos and Playtech first partnered in 2019, to launch the developer’s Live Casino and casino offering in the Swiss market. The move was followed by the launch of its iPoker network in 2020, and now, we’re witnessing the next big step in the partnership, the launch of a Live Casino studio, as part of its expansion strategy in newly-regulated markets. Swiss Casinos, for those of you who don’t know, operates four of the country’s largest land-based casinos, so you can only imagine how big of a success the launch of this state-of-the-art Live Casino studio would be.

Playtech Live’s Senior Customer Relations Manager, Margarita Terlanova, said that the new Live Casino studio was a real testament to the close relationship between the two partners. With the two teams working closely together, they were able to deliver a top-notch online experience that mirrored the one you get playing inside one of Swiss Casino’s real brick-and-mortar casinos. From training dedicated croupiers to work as Live hosts, to the state-of-the-art design of the studio, Terlanova said that the Live experience would be like no other they have ever delivered before. Finally, she said, they were confident that Swiss Casinos’ players would have an exceptional gaming time, considering Playtech Live was leading the way on creating entertainment-led experiences that delivered on both presentation and gameplay perspectives.

Swiss Casinos’ Online Director, Patrick Mastai, added that they were thrilled to have unveiled the new studio, giving their players the chance to get an unrivalled offering and the first-of-its-kind Live studio in the country, which was built to an incredibly high standard. Mastai admitted that working so closely with Playtech’s team, which was so skilled and dedicated, was a great experience, and said that they were all looking forward to developing the partnership with the developer further as they continued to grow their content and product offering in Switzerland.