Pragmatic Play, the leading online gambling software developer, has made sure its popular €1,000,000 Drops & Wins promotion gets a winter edition. 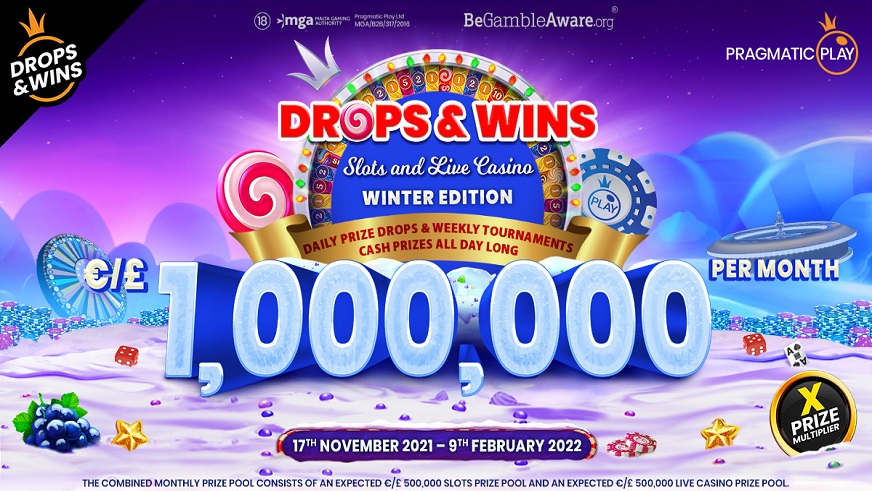 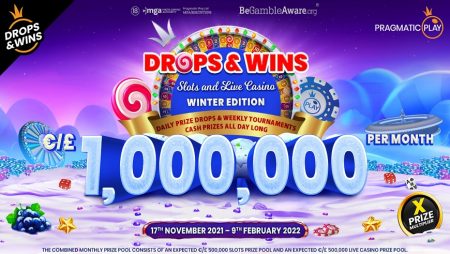 Pragmatic Play, the leading online gambling software developer, has made sure its popular €1,000,000 Drops & Wins promotion gets a winter edition.

The developer took the promotion to a new level and decided to allow players to enjoy magnificent prizes all throughout the winter, from the 17th November until the 9th of February.

If you recall, half a year ago, we informed you that the Drops & Wins promo by Pragmatic Play was extended to Live Casino games, even though it previously was available for slots only. The promo was supposed to last from the 3rd of June until the 17th of November. Well, brace yourself, as the developer has decided to further extend the promo period, with a new winter edition of the promotion, which will last from the 17th of November until the 9th of February. That’s right, you continue having the opportunity to win excellent prizes all throughout the winter!

The leading developer to the iGaming industry has committed to continue delivering consistent prizes via its powerhouse promo, in a new winter edition. The mind-blowing €1,000,000 per month prize pool is being maintained and your chances of winning a special prize playing your favourite Live Dealers games are still here.

As you as well know, the Drops & Wins prize pool is now split 50/50 between Live Casino games and slots, but it is still one of the largest prize pools ever fully sponsored by a software provider. And by the looks of it, the developer has no intention of stopping the promo that represents its relentless commitment to take entertainment to the next level.

About the winter edition, it includes a huge upgrade, as it will now include the Prize Drops feature in all of its Live Casino titles. As you know, the Prize Drops surprise players at random as they place real money bets, and now, there will be a new layer of excitement to the developer’s already innovative Live Dealers games portfolio. This kind of promo is completely unique for Live Casino games across the whole industry. This means that the much-anticipated Live Casino game of the year Sweet Bonanza CandyLand will also have Prize Drops. Not only will this immersive Live Casino experience offer players something they’ve never seen before, but it will also give them a chance to scoop random Prize Drops prizes.  Of course, favourites like Blackjack Azure and Mega Roulette will also contain it.

Pragmatic Play’s Statement on the News

Yossi Barzely, Pragmatic Play’s Chief Business Development Officer, said that Sweet Bonanza CandyLand was going to turn heads for sure when it goes live in November, and by including the Prize Drops, it would be an even better product than planned.

The Drops & Wins feature, as Barzely put it, had been well received by both operators and players, ever since its inception. The idea behind it was simple yet profound as they tried to give players more of the feeling they were looking for when playing Pragmatic Play’s games, the winning feeling. So, by adding the Prize Drops to their offering, everyone at the studio felt would bring another dimension of excitement.