One of the most underrated benefits of live casinos flourishing is the inevitable cultural exchange. It helps players see and experience exotic games instead of just focusing on blackjack, roulette, and the other usual suspects. More specifically, games from Asia became mainstream. And it’s all due to efforts made by the best Asian software suppliers, of which Asia Gaming is perhaps one of the biggest influences in this movement.

Founded in 2012, this Filipino company has been at the forefront of digitalizing Asia’s gambling legacy. They’ve established themselves at sites around the world, but one can’t help but ask – what’s so good about Asia Gaming? Well, that’s what we’re here to find out. In this LiveCasino24 review, we’ll give you the ultimate rundown of this stellar provider. Let’s go!

Is Asia Gaming a Good Provider?

From the get-go, it’s evident that Asia Gaming prioritizes quality over quantity. You won’t see a myriad of lackluster tables at casinos powered by EG. On the contrary – the company is very picky when it comes to releasing new titles. The main reason behind this is that they’re always willing to try out something new. Games like Bull Bull and Win Three Cards are absolute novelties on the market, so it’s safe to say that their risks have paid off on a consistent basis. 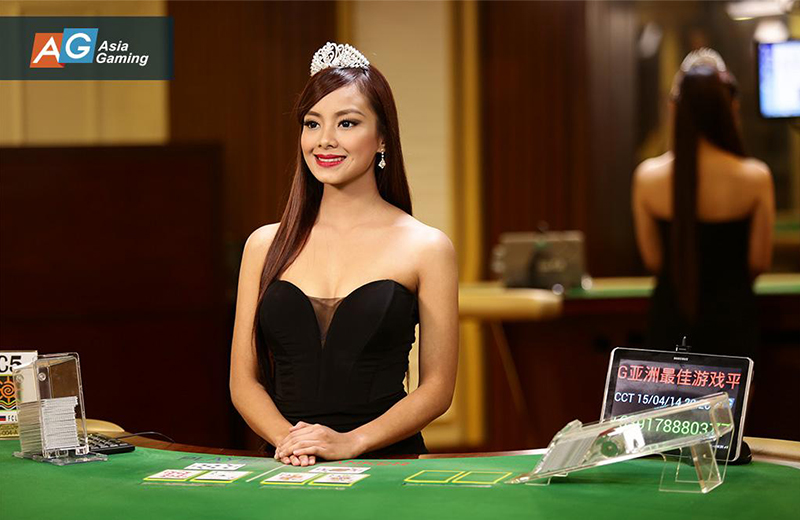 While most of their portfolio is based around Asian games, that doesn’t mean they aren’t willing to venture into the European market. 2018 saw them open their very own studio in Malta. This opened the door for a plethora of new content, mainly European games that aren’t all that popular in Asia. Roulette and blackjack have been recently added to the fold with great success. There’s nothing gimmicky or over-the-top – just good, clean live dealer games.

Cross-platform presence is also a feature, which is a big deal for anyone that likes gaming on the go without missing a beat. Every game is built using HTML5, which makes the software malleable enough for all kinds of devices – phones, PCs, and tablets alike. This is further “boosted” by the fact that Asia Gaming has become a hot commodity at various online casinos. What’s even better is the fact that the betting limits are completely customizable. For this reason, you may encounter Asia Gaming live casinos with minimum and maximum bets all over the place.

Live Baccarat is their specialty

As for the crown jewel of the whole portfolio, we’re going to have to with the live baccarat collection. It comes in a rather strange form, as it can be found in several different lobbies. While it’s indeed a confusing setup, we appreciate the innovativeness. The content itself, though, will make you forget all about the chaotic lobby. Asia Gaming software is unique, in the sense that no game seems copy-pasted, which is usually the case when you have several variants from a single provider. Even if it’s a single side bet or just one new feature, the game will function totally differently and will introduce you to a new concept. And the best part? The rules remain the same, so there’s no need to get used to it when you make the switch.

Oh boy, does this provider have some juicy features. Most of them can be found in the Asia Gaming baccarat section, as that’s the place where they experimented the most. Our favorite has to be Bid Baccarat and its suspense-building card squeezing. It makes the gameplay much more dynamic than it otherwise would be. There’s also a dotted line, which lets the dealer cut the cards with the utmost fairness.

But the real party begins at VIP Baccarat tables. Players are basically unleashed there, as you can impact the game in a number of ways. The game can be sped up, but it’s also possible to change the dealer, the shoes, and squeeze the cards whenever you please. It’s not every day that we see such a customizable game. It’s well worth your time if you’re in for a bit of premium action.

However, the very best features have to be the UI and the camera work. Asia Gaming live casino tables have improved in quality quite a lot in the last few years, and it’s mainly due to HD footage. Not only will you be able to see the charming ladies at the table more clearly, but the premium quality also accentuates the amazing UI. Both option-packed and lightweight, it’s the perfect combo to the Macau-like tables and backdrops. We love seeing software providers improve over time, and we’re eager to see what Asia Gaming has in store for us next.

It’s amazing how deep AG went with their baccarat experiments. Even though there are just eight spots at each table, you can always use the “bet behind” perk and copy other players’ side bets. There’s nothing more annoying than waiting for a slot to become available, so this form of participation is a welcome addition to Asia Gaming’s treasure chest. Live chat is also a thing. When you combine that with the fact that the studio is much like a real casino, you can’t deny how immersive AG’s entire venture is.

Another great thing, targeted specifically at seasoned players, is the amazing Multiplay option. With it, you can play at up to four tables at a time, all on the same screen. If you stumble upon the AG Euro lobby, there are even more perks. This time, it’s a series of tables streamed directly from Maltese land-based casinos. The microphones are very high-quality, so you’ll hear the hustle and bustle from the casino floor. Multiple camera angles turn the whole affair into a hybrid live dealer game, something we wish we could see more of.

So, should you play at Asia Gaming live casinos? LiveCasino24 says yes! If you’re tired of the same old-same old, but still want a premium gaming session, this provider is probably the best candidate to do so. Both classic and exotic tables merge to create something completely unique.