Welcome Package:
€/$400+ 200 Free Spins
2 games
5.0 rating
5.0
T&Cs Apply
All and any bonuses are available to players from any countries except for Bulgaria, Bosnia and Herzegovina, Croatia, Georgia, Greece, Hungary, Indonesia, Kazakhstan, Macedonia, Moldova, Philippines, Serbia, Sierra Leone, Slovakia, Sweden. The bonus should be wagered 50 times before the player withdraws it. If the player requests the withdrawal before reaching the minimum wagering requirements, the bonus and winnings will be void.
Play Now Read Review

Swintt was not originally a live casino software provider. Like many developers, the team made a name for themselves through slots and table games. While their games never became a global phenomenon, they were more than capable of delivering a top-tier experience. However, the company would eventually expand into the live casino games business. In that sense, Swintt is similar to Pragmatic Play. They continue to make slots while launching new live dealer releases under the SwinttLive name.

The developer launched the SwinttLive brand in 2020, primarily targeting classic live games. Casino members hunting for exotic releases will not find any from this software provider. Each title has a sophisticated, high-quality atmosphere and excellent mobile support. Is this enough to draw players in? Read on to find out.

Is SwinttLive a Good Software Provider?

Unlike many other software providers we review, SwinttLive does not make its games. Instead, Playgon is responsible for running the studio where these titles are being streamed. You can enjoy a variety of classic table games here. The team started with Baccarat, Tiger Bonus Baccarat, European Roulette, and American Roulette. The developer also launched a Blackjack table, which came out later. Since then, SwinttLive has not given any indication for future launches. No game shows or other variants, which feels disappointing.

While the list of releases is limited, the developer masterfully executed the games. SwinttLive’s primary goal was to make mobile-friendly live games. On that end, the company was very successful. Their games are best played in portrait mode thanks to a mobile-first ergonomic design and single-touch interactivity. If you often play live games on your phone, you will appreciate Swinnt Live’s clever use of screen space. 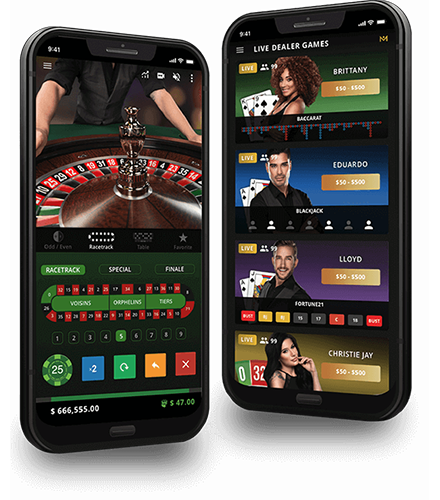 Designing live dealer releases for mobile means adjusting the user interface for each game. This is where the company’s small number of games gives them an advantage. The team could take their time and optimize the UI for each release. We were most impressed by how SwinttLive handled the user interface for roulette. Odd/Even bets, the racetrack, the betting table, and favorite bets can be swapped between quickly. This way, the software provider can use that space optimally without sacrificing a good-looking UI.

However, mobile-first does not mean these games do not work on computers or laptops. No, the company put cross-platform functionality as its priority. That means you can play their games on any device. That said, the best experience by far is to play on a smartphone. The team has dynamic game tiles on all platforms. They display history and trends for the specific tables, giving you an idea of what to expect before launching a release.

If you enjoy playing classic live casino games, then SwinttLive has you covered. The team has not branched out into other games. The fact they do not own their studio and instead offer games through Playgon is probably why. The developer sticks to live blackjack, live baccarat, and live roulette games for the time being. If the company plans to grow beyond these releases, they have not made any indications in that direction. We guess that SwinttLive’s selection will stay limited until they launch a studio of their own.

SwinttLive does not let the limited number of games stop them from giving it their all. The team does a great job of keeping their games atmospheric and unique. The background is often left undefined. It looks good, but there is nothing distinct to focus on. That way, your attention is constantly on the host and the table. Some players like seeing other releases being played in the background. However, we like this developer’s approach, as well.

While the lack of different games is disappointing, SwinttLive makes up for it in other ways. Because their focus is on just a few releases, the software provider supports several languages. Alongside English, the team supports Japanese, Chinese, Spanish, German, Portuguese, Russian, Turkish, Finnish, Greek, Thai, and Polish. The company also has multi-table support for baccarat. The multi-table feature follows trends and patterns across multiple tables and faster betting times. SwinttLive also has plans to launch multi-table roulette at some point.

The company also takes their time to train their hosts to provide a genuine Vegas experience. Playing SwinttLive games left us with the impression that their dealers are helpful and professional. They ensure a controlled and safe environment for all players.

All developers do their best to appeal to mobile players. However, SwinttLive takes it one step further. The software provider built their user interface from scratch to make it easy for smartphone users to play. Your device stays in portrait mode the entire time. The developers do a great job of making their games easy to control with just one finger. It works flawlessly, whether your device is running on iOS or Android. Tablets, computers and laptops can also run SwinttLive games, but the experience is not as good.

Regardless of what platform you play on, the company has a range of blackjack, baccarat, and roulette tables we can enjoy. The team does not feature any game shows or unique variants. The closest thing SwinttLive offers is American Roulette and Tiger Bonus Baccarat.

While the team could improve game diversity, they make playing their existing releases top-notch. They support multiple languages, allowing some players to enjoy these releases in their native tongue. The multi-table function also allows casino members to wager on several tables simultaneously.

As is the case with most software providers, SwinttLive has dynamic game tiles. These tiles display helpful information such as history and any current trends for that particular table. Furthermore, players can see table limits stated on the tiles. That way, casino members can find casual tables and competitive high roller tables.

You should not look at this software provider if you want exotic releases. This developer sticks to classic live dealer games: blackjack, baccarat, and roulette. If you enjoy these titles, Swinnt Live’s selection is one we are happy to recommend. We recommend another software provider the Livecasino24 team reviewed if you want something a little different.