Online casinos are available across the globe. However, different countries have different rules when it comes to online gambling. If regulations are unclear, not many software providers are willing to deal with them. However, Vivo Gaming is an exception. The developer is one of the few live casino developers whose games you can play in US-facing online casinos. That step allowed this company to grow and become as successful today.

Vivo Gaming was founded in 2010 when live dealer games were not the gaming giants they are now. The team has offices and studios in several countries and offers traditionally popular and exotic releases. It certainly seems like this developer has it all figured out. Are their games good enough to warrant your time and money? 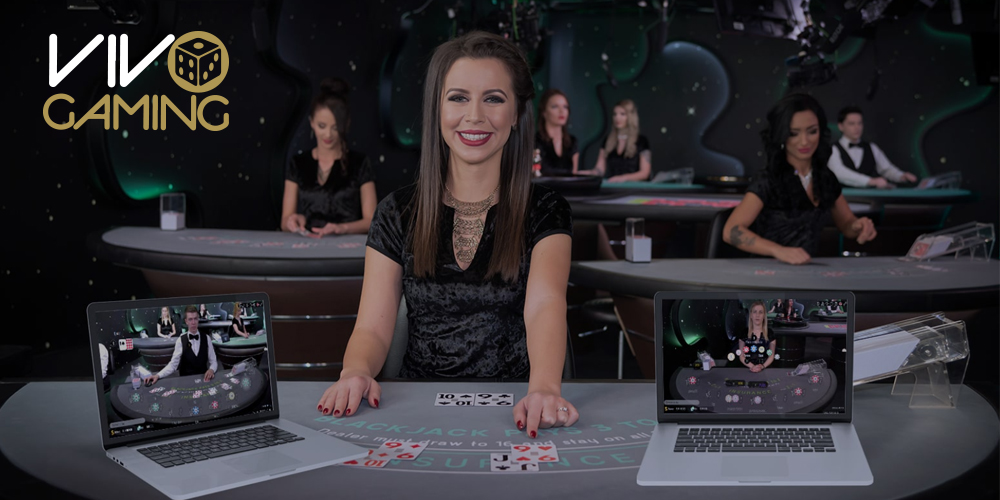 This company has a global presence. Vivo Gaming has studios based in Bulgaria, Uruguay, the Philippines, and Georgia. The developer also streams games from real-world casinos such as Portomaso, Oracle, and Princess. Appealing to a broad audience means you cannot limit yourself to English. That is why the software provider has native-speaking dealers for Spanish, Portuguese, Turkish, and Chinese languages. Their tables are translated into more than 26 different languages, meaning the user interface is in your native one.

You can do more than choose what language you will play Vivo Gaming’s releases in. Each game has a help section that lists rules, payouts, odds, and functions. The variety of studios also gives casino members the option of choosing different tables. Do you fancy playing in a traditional online casino? Do you prefer playing a studio styled after Asian casinos instead? Vivo Gaming’s impressive list of tables gives you that option.

A good user interface is essential to any live casino software provider. Vivo Gaming succeeds in having a good-looking UI without sacrificing functionality. It is a tricky balance to find, but this developer nails it. Elements of the UI appear and disappear as they are needed. Additional functions are hidden behind buttons. That keeps them from getting in the way until you press the buttons to activate them. The user interface is also partially see-through. That way, you can keep up with the action even while placing bets.

Vivo Gaming has studios in Europe, Asia, and South America. This makes games by this developer available to many players who might otherwise miss them. The company has not gone out of its way to integrate its countless releases. It lays all the games it has out before you and asks you to pick what you want to play. There are no tricks or incentives here: Vivo Gaming is confident their games are good enough to win you over.

Considering the software provider’s global popularity, it comes as no surprise they offer a diverse range of games. That said, many of these titles are somewhat new additions. Vivo Gaming only featured live blackjack, live roulette, and live baccarat releases for several years. Recently, their library expanded to include Craps, Dragon Tiger, Sic Bo, Live Bingo, and Casino Hold’em. By adding these releases, the developer becomes a much more attractive pick. It adds some much-needed gameplay diversity to its library, reaching greater heights because of it.

The company’s many studios give it more options to appeal to your tastes. Getting players immersed in your game is a great way to keep them playing. However, casino members have different desires. Vivo Gaming gets around this by having studios appeal to various markets. Some replicate real-world casinos, while others go all-in on branding. Some studios recreate an Asian casino atmosphere, which can be pretty appealing for games like baccarat and Sic Bo.

We were also pleased with how the company handles its user interface. Just about every feature you are interested in takes no more than two clicks or taps to activate. Do you want to change your language? Do you want to look at the paytable? Are you interested in the rules for that particular game? All of this information is easy to access when you need it. It sits hidden behind a button press when you do not need it, keeping your screen clean. Which in turn helps players get immersed in a game to increase their enjoyment!

Vivo Gaming’s live dealers vary depending on what game you play. They are helpful and professional in some games. In others, they prioritize friendliness and responding to live chat. The developer has so many games and studios that it allows them to appeal to every type of player!

While not the newest developer on the market, Vivo Gaming was still formed after smartphones exploded in popularity. Because of that, the software provider was quick to make their games available on iOS and Android devices. It does not matter what device you choose to play these releases on. They are equally enjoyable on smartphones, tablets, computers, and laptops.

The greatest strength of Vivo Gaming is the diversity of its software library. The company has many classic live games such as blackjack, baccarat, and roulette. However, it also features many fun variants and less popular releases. Titles such as Craps, Dragon Tiger, Casino Hold’em, Sic Bo, and Live Bingo are popular with a more niche audience. The only game type we would say is missing from the company’s library are live game shows. Given their recently launched titles, that might not be too far off either.

The most significant perk of Vivo Gaming’s software is how many languages it supports. The hosts speak a few of the world’s most popular languages. On top of that, the company translated its games into 26 languages total. These translations help Vivo Gaming appeal to a broader audience.

Put everything together, and you have a software provider good enough to rival the very best live casino developers. Many of us at Livecasino24 have enjoyed their releases over the years. As such, we can confidently say their games are worth your time.