In the true spirit of the Euro 2020, Mr Green has created a promotion for the Live Casino players who wish to get in on the excitement and win the Cup, grabbing a share of the €100,000 prize pool. 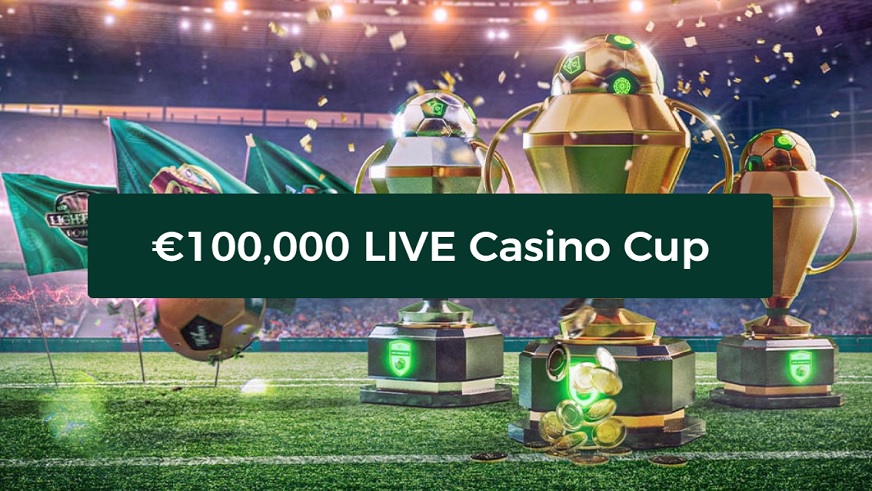 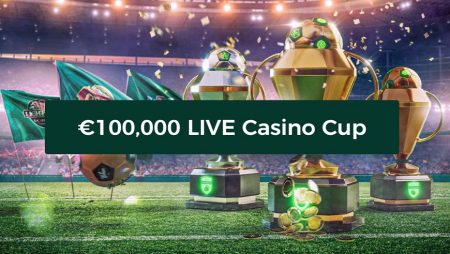 In the true spirit of the Euro 2020, Mr Green has created a promotion for the Live Casino players who wish to get in on the excitement and win the Cup, grabbing a share of the €100,000 prize pool.

Become the true champion, playing Football Studio, Lightning Roulette or Crazy Time, and your prize will be around the corner.

Euro 2020 is already in full steam, but that doesn’t mean that as a Live Casino player, you can’t get in on the fun and excitement. Indeed, you can compete to get your share of the €100,000 prize pool.

How to participate? Well, you’ll need to be logged into your Mr Green account to check the offer page for more details. But essentially, you’ll need to play Football Studio, Lightning Roulette or Crazy time to score in the Live Casino Cup. If you don’t have your Mr Green account just yet, you can create it for free in seconds and still don’t miss this incredible promotion, which has started on the 7th of June but will last until the 12th of July, at 01:59 CEST.

In one promotional day, you could win up to five prize draw tickets, meaning you could score up to five goals. And with that, you’ll qualify to win more than one prize in each draw. So, warm up and get ready to be scoring some goals, and the Cup could be yours!

As mentioned, you could win more than one prize in each weekly draw. If you have already started participating in this promo and played from the 7th until the 19th of June, your prize tickets are into the first Prize Draw that takes place today, the 25th of June, with 20 prizes for grabs, worth €1,500 each.

But, if you still haven’t participated, the Live Casino Cup Qualifier 2 started on the 19th of June and will last until the 2nd of July, so you still have chances to score your goals and get your tickets in the prize draw to be held on the 8th of July, with 20 prizes worth €1,500 each.

Should you win a prize, it will be credited to your account wagering requirements-free, in real cash, within 72 hours after each weekly draw has finished.