Evolution Gaming Awarded Live Casino Supplier of the Year at the EGR Once Again!

For the 11th time, Evolution Gaming wins the Live Casino Supplier of the Year at the EGR B2B Awards. The leading Live Dealer games provider marked an unbroken run of 11 wins!

Home » Recent Posts » Evolution Gaming Awarded Live Casino Supplier of the Year at the EGR Once Again!
Casinos
by Anette
3 years ago 0 981 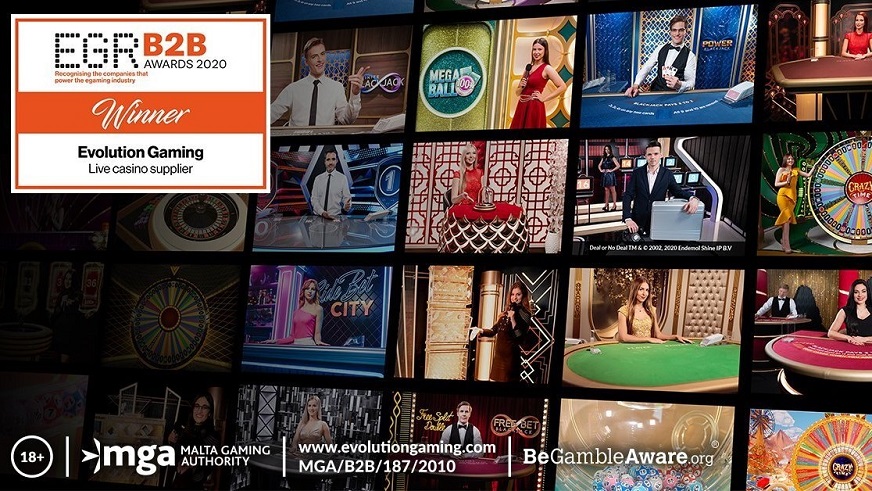 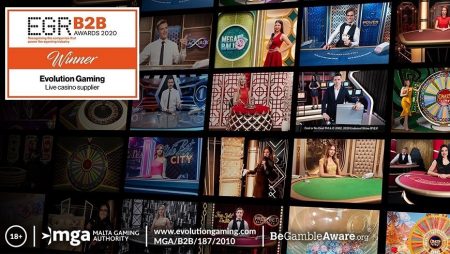 For the 11th time, Evolution Gaming wins the Live Casino Supplier of the Year at the EGR B2B Awards. The leading Live Dealer games provider marked an unbroken run of 11 wins!

This comes as no surprise, considering the success and the popularity its Live Dealer games have had with players. When it comes to Live Casino, Evolution Gaming is still the number one developer players and operators alike love and respect. Getting this recognition only further proves this fact.

Evolution Gaming has scooped the Live Casino Supplier of the Year Award at the EGR B2B Awards once again, marking the 11th win since the awards ceremony was first held in 2010.

The developer has been receiving this prestigious award for 11 years in a row, marking a remarkable unbroken run with the last reward. Just like every year for the past decade, Evolution beat 12 shortlisted suppliers and won the award on the 21st of July. This year, the world has been hit by the COVID-19 virus pandemic and all important events are being held online. So, this year, Evolution Gaming was crowned Live Casino Supplier of the year via a virtual ceremony.

After the virtual ceremony, Evolution Gaming’s CEO Martin Carlesund said that over the past 12 months, Evolution had once again pushed the boundaries of what was possible in the Live Casino scene. Despite a very challenging global situation due to the COVID-19 pandemic, the developer has managed to continue developing and introducing ground-breaking products, delivering high-level entertainment as it always does, even during an uncertain year like this. Carlesund said it was a most encouraging year, considering the success despite the situation with the pandemic.

And it’s true. Even though the world was facing such an unprecedented situation, Evolution Gaming managed to stay on top of it, and still entertain players with new launches that were more than incredible. As you might recall, the developer announced the release of 12 new games at the ICE London the beginning of the year, even before the COVID-19 spread, and despite all the challenges that came with it, managed to deliver a number of these games on schedule.

On that note, Carlesund added that Evolution had introduced a record number of 12 new games in that period when the virus started spreading. Its unique game show games portfolio continued to grow with the exclusive games like Mega Ball and Crazy Time, which became instant player-favourites and major commercial successes. Of course, Evolution also continued to reinvent and entice classic casino games for the next-generation of players with Speed Blackjack, Lightning Baccarat and Power Blackjack which joined an already hugely-varied and entertaining portfolio of Live Dealer and First Person games. Carlesund emphasized the fact that they had additionally put in place the foundations to expand with the construction of a brand new studio in Pennsylvania, which was only one in a line of exciting new studio constructions in the pipeline.

Comments on the Award by Evolution Gaming

He added that, meanwhile, Evolution’s licensees had been truly loyal and receptive to the innovative ideas that came out of the studio and enriched the whole sector. Finally, he expressed his sincere gratitude to everyone that made the award possible.