It is so exciting when a developer launches a new Live Casino game, and even more so when that developer is Pragmatic Play! Check out its latest hit, Dragon Tiger! 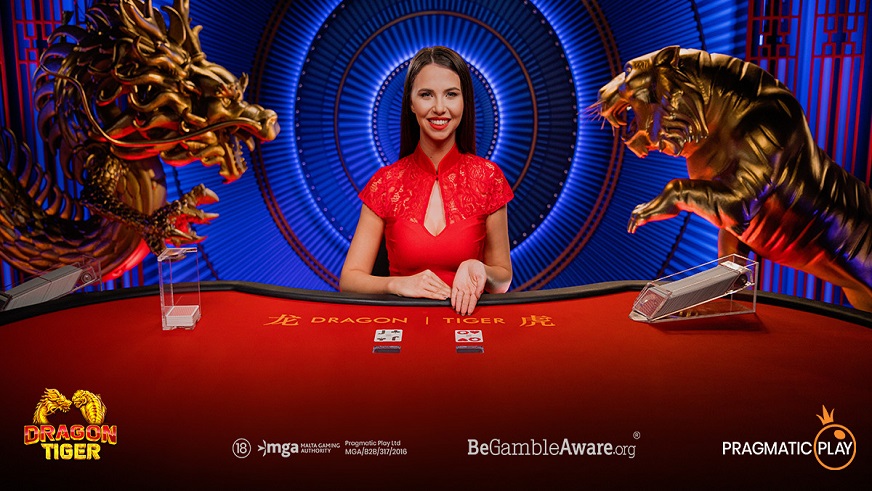 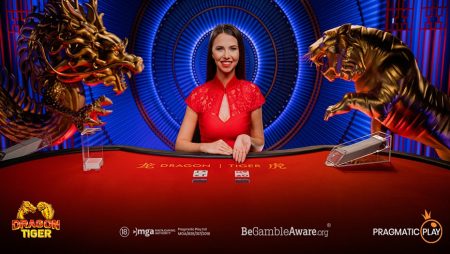 It is so exciting when a developer launches a new Live Casino game, and even more so when that developer is Pragmatic Play! Check out its latest hit, Dragon Tiger!

The developer announced the launch of the new game three days ago, and we’re already crazy about it! We’ve tried it right away and we have to admit that it has Pragmatic Play’s signature design and math, therefore, stay with us to learn more about it and enjoy it the first chance you get!

On the 27th of April, 2021, Pragmatic Play has launched its latest game, Dragon Tiger. The new title was added to its ever-growing Live Dealers portfolio just a few days before the month ends.

And we couldn’t be more excited about it, knowing how popular and engaging Pragmatic Play’s Live Casino games are. The developer really stands out in terms of the design, math model and gameplay of its Live Casino games, so let’s take a look at the newly added hit, before you give it a try.

Dragon Tiger is a game that has one simple objective, really. All you need to do is bet on which card will have the highest value, the Dragon, the Tiger, or there will be a tie, resulted from an equal value of the cards.

And just like every other Live Dealers game by Pragmatic Play, the new title will be broadcasted from Pragmatic Play’s state-of-the-art studio, with professionally trained hosts, purpose-built with 4k cameras and the latest audio technology.

The newly launched game follows the release of classics like Roulette and Baccarat, as well as ONE Blackjack and Mega Roulette. It is the newest addition to the developer’s growing Live Casino portfolio, which has become so popular in recent years, being enjoyed by players from all across the world, across regulated online gambling markets.

As you know, Pragmatic Play is the type of developer that manages to launch exciting games in three verticals, through one single API, bingo games, several slot titles a month and incredibly fun and rewarding Live Casino games. And even though Pragmatic Play’s Dragon Tiger is not the first Live Casino version of the game out there, considering giants like Evolution and Playtech have their own versions, we’re excited about it, knowing that Pragmatic Play always launches classics with a twist that makes them irresistible to the global player pool.

What the Developer Has to Say about the New Game?

Pragmatic Play is no stranger to giving out statements about its new game releases. Its Chief Business Development Officer Yossi Barzely, said that they were all happy to bolster their Live Casino offering with the new Dragon Tiger game, considering the offering continued to be extremely well-received all across the globe.

Describing the game, Barzely said that it was another yet example of Pragmatic Play’s dedication to bringing immersive Live Casino games to players worldwide, since it was a fast-paced and exciting game that would definitely appeal to players globally.