Playtech, the world’s leading gaming supplier, has revealed a fresh new Live Casino game, one that will create a real frenzy among Live Dealer games fans, called Deal or No Deal The Big Draw. 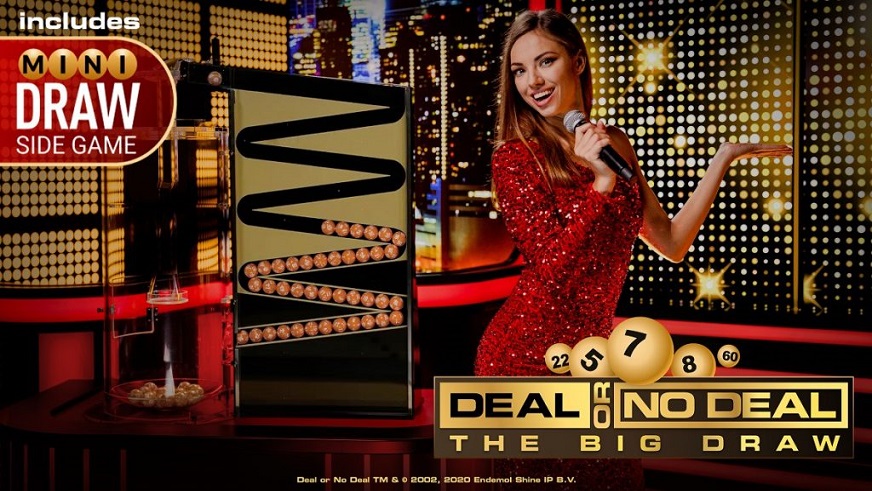 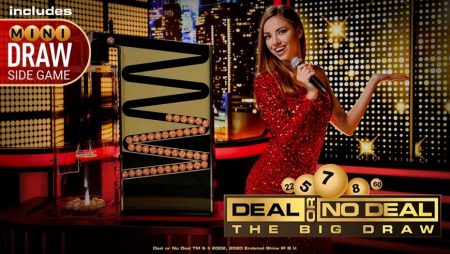 Playtech, the world’s leading gaming supplier, has revealed a fresh new Live Casino game, one that will create a real frenzy among Live Dealer games fans, called Deal or No Deal The Big Draw.

As you may as well know, Evolution has had quite the success with its own Deal or No Deal Live, so judging by that, it should come as no surprise if Playtech’s new branded game would become an instant hit among Live Casino players.

Deal or No Deal The Big Draw Launched by Playtech

Playtech has reached many milestones this year, despite the conditions. The developer has expanded its reach to new regulated markets and has launched several new games, including the latest Deal or No Deal The Big Draw. The new Live Dealers game was created in collaboration with Endemol. The developer acquired the license to use the brand in its Live game by Endemol and create a game that would be based on the iconic TV gameshow, Deal or No Deal.

The game is not only based on but also tries to recreate the entire feeling and experience of the epic gameshow format, and is, therefore, be similar to the TV show format, with 16 numbered prize suitcases. Players get a ticket with 15 numbers on them. The 16th numbered suitcase is the one that contains the players’ prize.

In the gameshow style, you will see numbers being drawn and prizes removed from the ticket and filled in the banker’s bar. Once the banker’s bar gets seven numbers, you will get your first offer, which you can either accept & take your prize, or refuse. If you accept the offer, you get two outcomes. Either the game ends or you buy five extra balls to continue playing for a bigger offer and prize. If you refuse it, and no more balls are available, you will see your suitcase being opened revealing your prize. Alternatively, before the round begins, you can choose to boost the five possible prizes and enter a mini draw side game.

The Partners’ Thoughts on the Game Launch

Edo Haitin, Playtech’s Managing Director said that they were all delighted to have brought the excitement of one of TV’s most long-lasting formats to go Live. Haitin added that with the addition of the mini draw side game, the game would bring the player a new level of engagement and involvement since they could buy multiple tickets with up to 6 points of decision-making during the game, whether to take the banker’s offer or buy more balls. Finally, he said, as they saw the growing trend towards gameshow-style games, they were confident that Live Deal or No Deal The Big Draw would definitely be a success.

Lex Scott, Head of Business Development at Banijay Brands said that they were thrilled to have extended their existing partnership with Playtech through the launch of the new branded game. Scott added that the in-studio presentation was fantastic, which combined with the proven TV format and innovative elements such as the exciting mini draw, offered something genuinely unique and fun for Live Casino games players which aligned with the brand.