Home » All Live Casino Games » Deal or No Deal Live

Deal or No Deal Live

This live casino game provides players with non-stop 24-hour suspense and big prizes.
Play Now
Get a 50% Bonus up to €998 + 111 free spins at Fun Casino 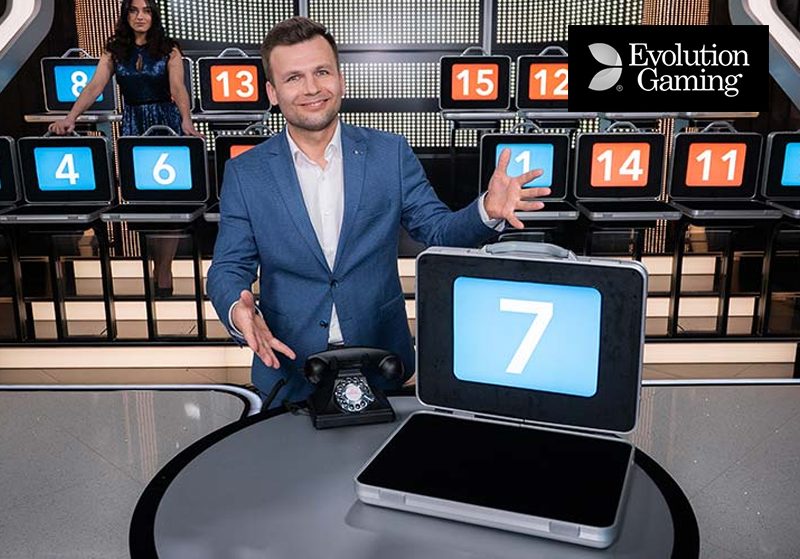 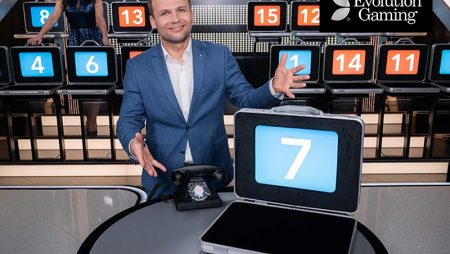 Deal or No Deal Live is created in partnership with Endemol Shrine and is only available from Evolution Gaming. It is a ground breaking game in the live casino sector and is definitely a first even for Evolution Gaming.

The game takes live casino entertainment onto a whole new level and creates suspense unlike any other live casino game. Its multi-layered game setup allows for an unlimited number of players to participate. What’s more, the three levels of gameplay make the main game much more coveted by players.

Deal or No Deal Live is a unique Evolution Gaming product created together with the reputable Endemol Shrine. Lots of game developers try to create a variant of the most successful game show, but with limited success.

Evolution Gaming is not lots of developers though. Their Deal or No Deal product is head and shoulders better than anything else created right now. It provides 24-hour excitement and suspense and is full of enticing prizes.

In terms of production values, it is also much better than all similar products available online. It is filmed in Evolution Gaming’s state-of-the-art studios around Europe looking more stylish than even the real thing.

It features a live main host as well as a hostess both of whom conduct the main game immaculately. Their jobs are to open the sets of briefcases, to interact with the players and communicate with the Banker.

However, the hosts do much more than that and are actually the life blood of the show. They entertain, bring luck to players and are crucial when maintaining the regularity of each round.

The live chat option is another very useful feature in Deal or No Deal Live. Through it players often share their collective strategies as to how to approach the Banker’s offer.

Finally, all Evolution Gaming products are licensed by reputable regulatory bodies and Deal or No Deal Live is no different. These bodies include the Alderney Gambling Control Commission, the Malta Gaming Authority and the UK Gambling Commission.

Deal or No Deal Live Screenshots: 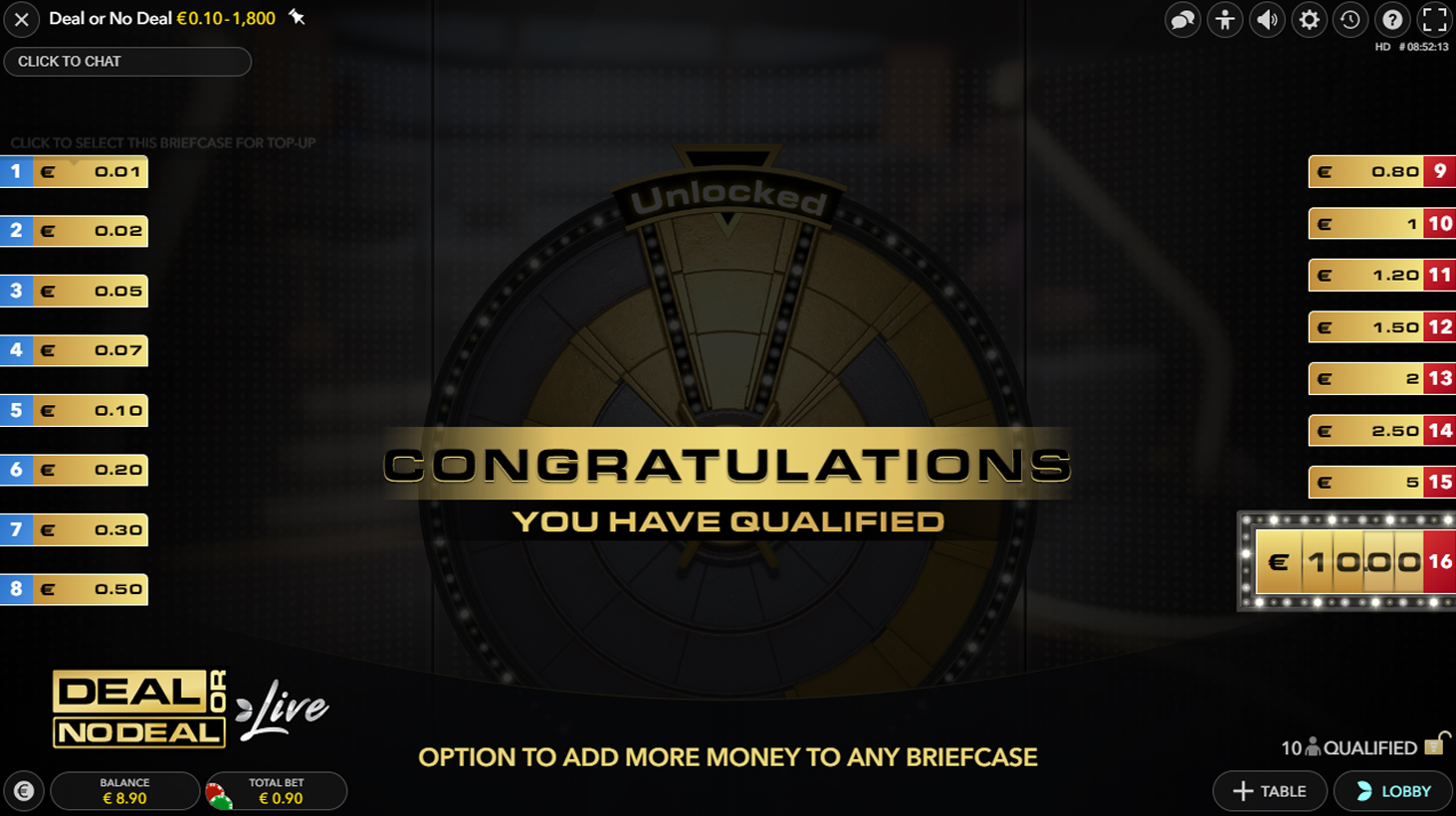 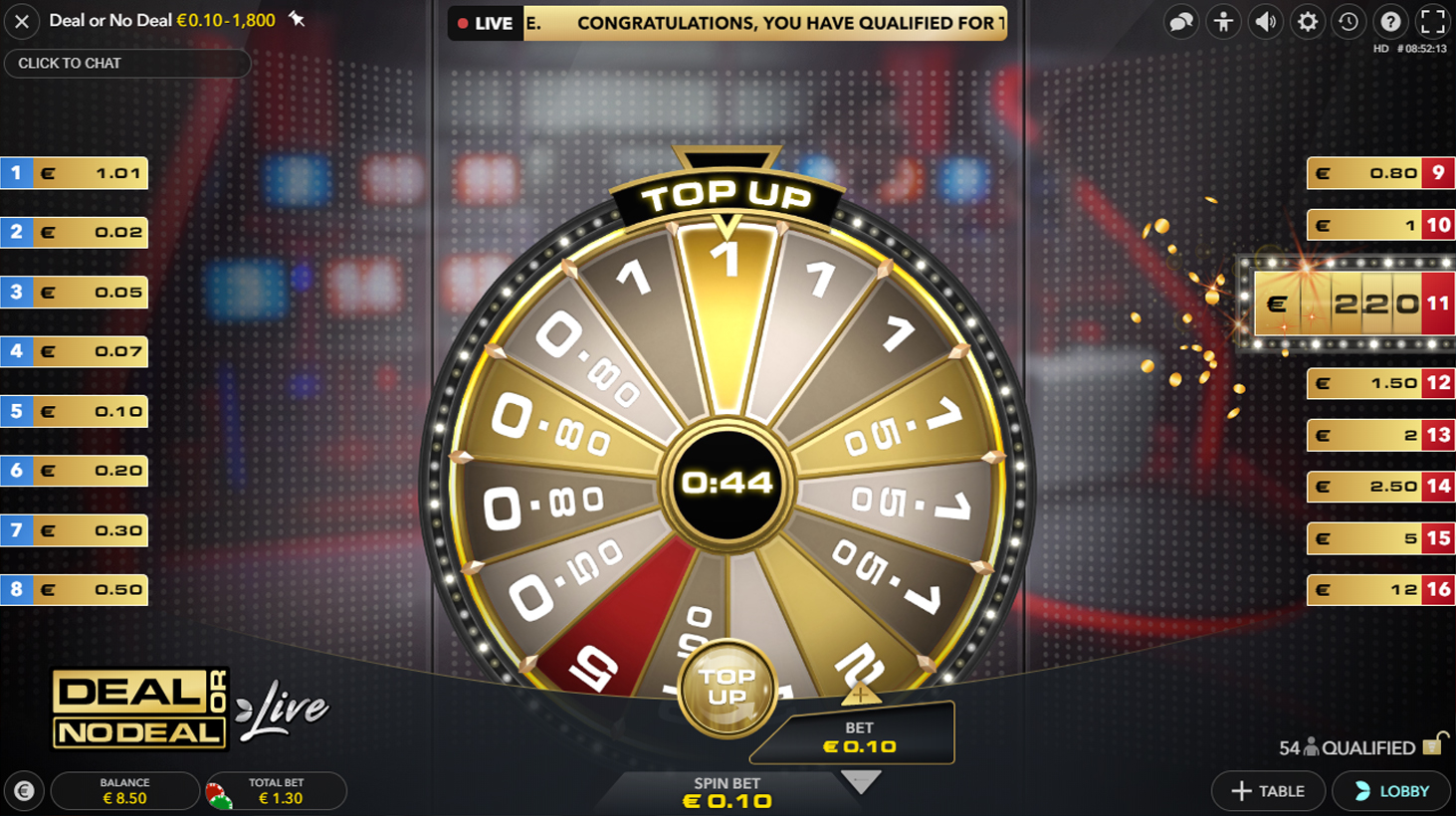 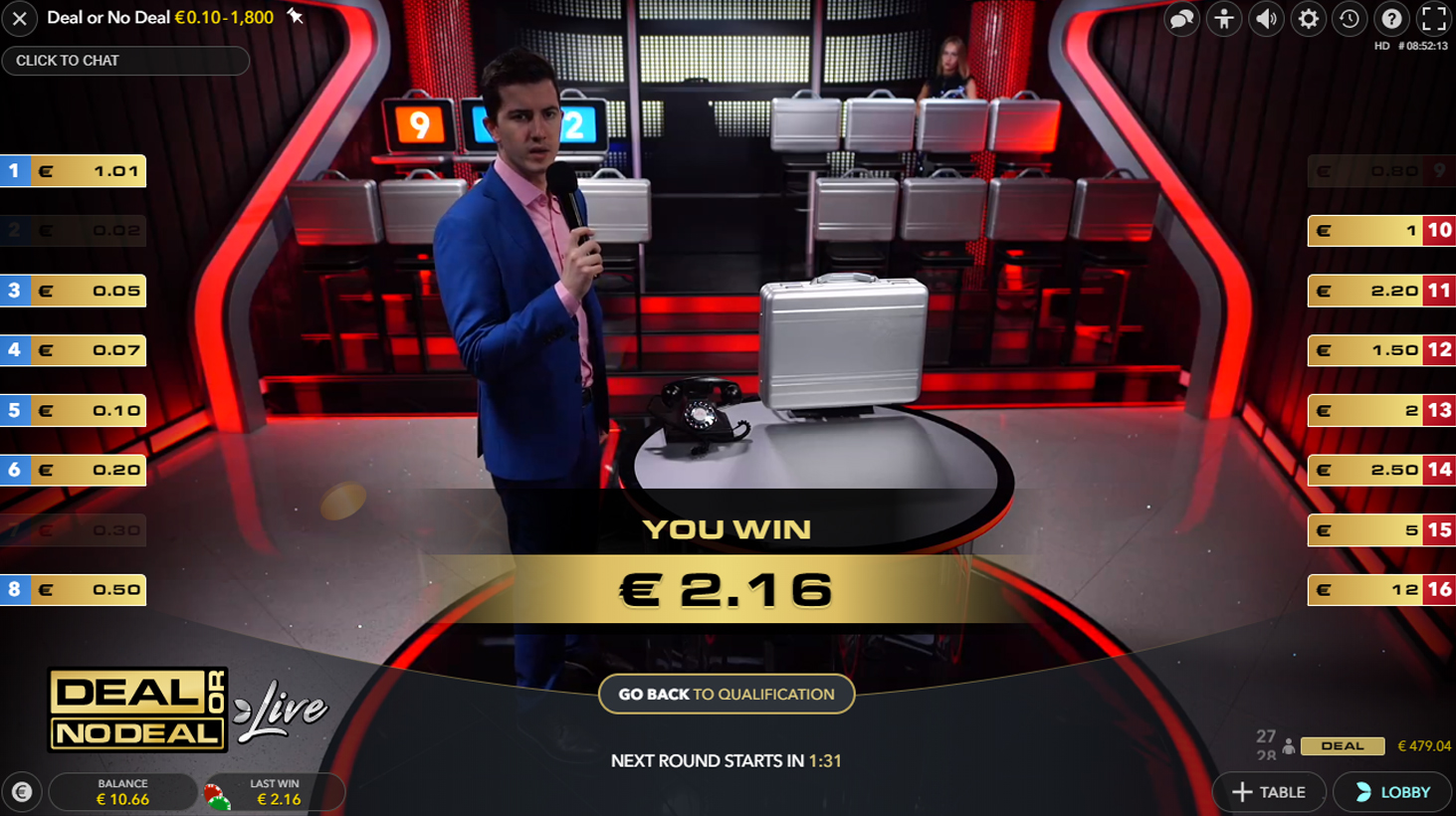 As we already mentioned, Deal or No Deal Live is a game which is divided in three segments. In the first one, players spin a three reel bank vault to qualify for the game. In the second segment, called the top-up round, players increase the prize money in briefcases of their choice.

Finally, in the live hosted third segment of the game, the Deal or No Deal game show, the real magic happens. There players predict whether the amount of money in the remaining briefcases is higher than the Banker’s offer.

The main Deal or No Deal show contains 16 briefcases which are identical on the outside. They are distributed randomly.

As the briefcases are opened their numbers are revealed. This is when the Banker offers a cash amount in exchange for what the contestant has in his/her briefcase. This is also the time when the host asks the famous question to the player: “Deal or No Deal?”

Deal or No Deal Live is streamed live in HD video. The game consists of a live studio segment and two RNG segments before it.

The live studio segment is filmed with multiple cameras and from various camera angles. This makes for a very immersive gaming experience and players often feel like they are in the studio themselves.

Regarding the two RNG segments leading into the live studio, they are also of the highest quality. The three-reel bank vault resembles a high-end quality slot, while the top-up round features a very realistic wheel.

Considering that the game relies on the three different segments working together perfectly, smooth gameplay is difficult to pull off. However, Evolution Gaming does this perfectly and players feel no glitches when moving from one game segment to another. 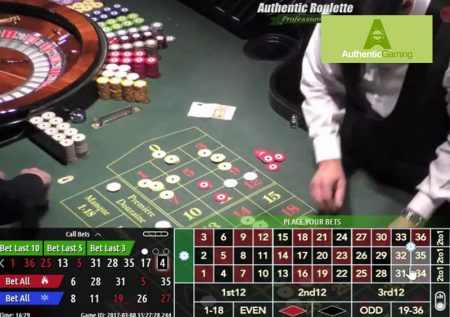 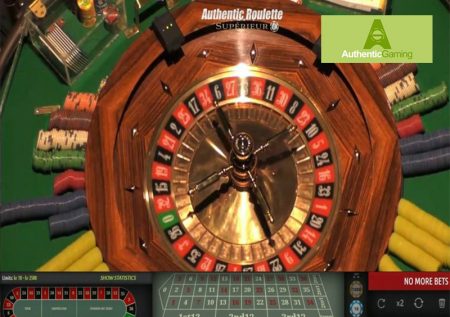 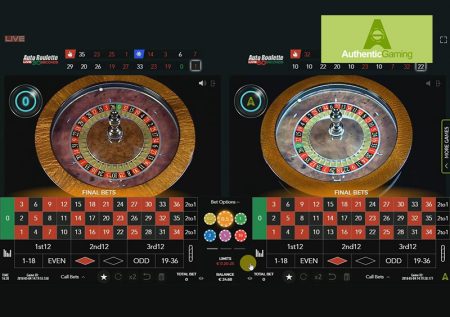 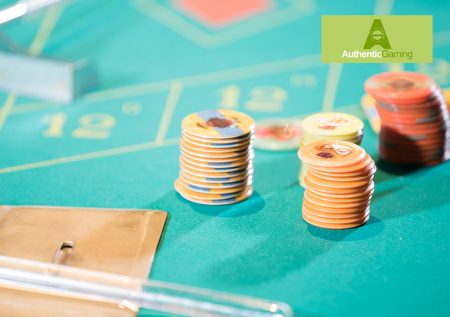 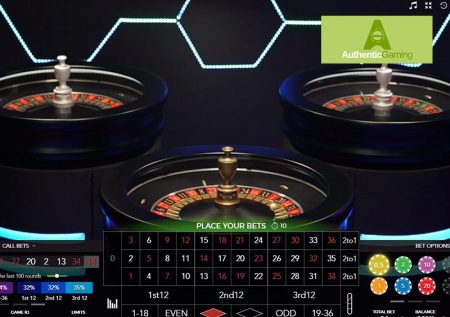 Mr Green Invites You to Spin the Wheel on MONOPOLY LIVE to Grab a Share of €2,500!
50 mins ago

Auto Roulette: No Dealers and Lots of Excitement
2 days ago

Grab a 10% Cashback on Live Casino Games at Genesis Casino!
4 days ago