A few days ago, Pragmatic Play studio has signed a new partnership live casino deal with Kindred which will see its portfolio land on the operator’s leading brand – Unibet. This means that from now on, Unibet’s customers will get exclusive access to Pragmatic Play Live’s tables. 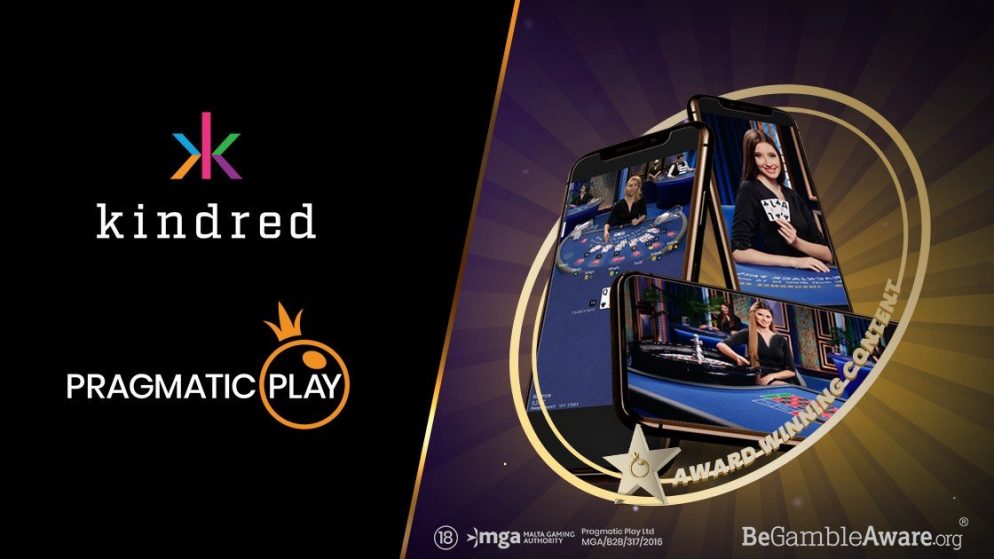 One of the premier content providers in iGaming, Pragmatic Play, has been on a roll lately. The popular game studio is striking new deals left and right which help expand its portfolio to even more operators than expected.

Just recently, the studio has signed a new partnership live casino deal with Kindred which will see its portfolio land on the operator’s leading brand – Unibet. This means that from now on, Unibet’s customers will get exclusive access to Pragmatic Play Live’s tables. The studio has so far released dozens of blackjack and roulette tables streamed in crisp-clear 4K video quality and with great features in tow.

Thanks to the 4K streams and the immersive sound system, Pragmatic Play’s state-of-the-art studio in Bucharest is widely hailed as one of the best in the business.

In recent months, Pragmatic Play’s live portfolio has enjoyed several great boosts. The company has been working hard to improve its live gaming collection, introducing premium products such as Mega Wheel. We should also mention Blackjack and Roulette Azure as some of the best recently launched titles in Pragmatic’s ever-expanding portfolio of live dealer games.

The studio’s presence on the market will soon be bolstered thanks to the recent deal with Kindred. Kindred itself is one of the leading entertainment brands in the world, with Unibet its most successful operator. Now that Pragmatic Play Live has arrived in the casino, its goal of becoming the top multi-product provider in the industry is one inch closer from realization.

The game studio has worked hard in recent months to deliver a slew of excellent new titles. One of them, Mega Roulette, hit the market on February 24 to the delight of thousands of fans. It further strengthened the already great live casino credentials of Pragmatic Play, making it one of the most active live studios online.

Win-Win for All the Parties Involved

Yossi Barzely, Pragmatic Play’s CBDO, said that they were delighted to sign the deal with Kindred. The impact of such a deal can’t be understated and definitely means a lot for Pragmatic Play. As Barzely said, it’s a great “reward” for the tireless work the studio’s team has put in recently. Company’s representatives were thrilled about the deal as well and can’t wait to get started.

The deal is a win-win for all the parties involved. Kindred’s Head of Casino David Robertson said that the operator was thrilled to add Pragmatic Play’s live games to its lineup. Kindred’s aim was to provide a high level of entertainment for its customers, and with this move, it certainly offers that.

Of course, the bespoke products will also help Unibet engage with customers in the way the market requires. It’s a true testament of how far Pragmatic Play has come. What started as a small studio for slots and table games has grown into one of the top multi-product providers.

At the moment, Pragmatic is releasing up to five new slots per month while also working on its live dealer game portfolio.