Relax Gaming Signs a Powered By Partnership Deal with BetGames.TV

Relax Gaming, one of the leading suppliers and aggregators in the iGaming industry, has signed a Powered By deal with BetGames.TV to integrate its unique collection of games. 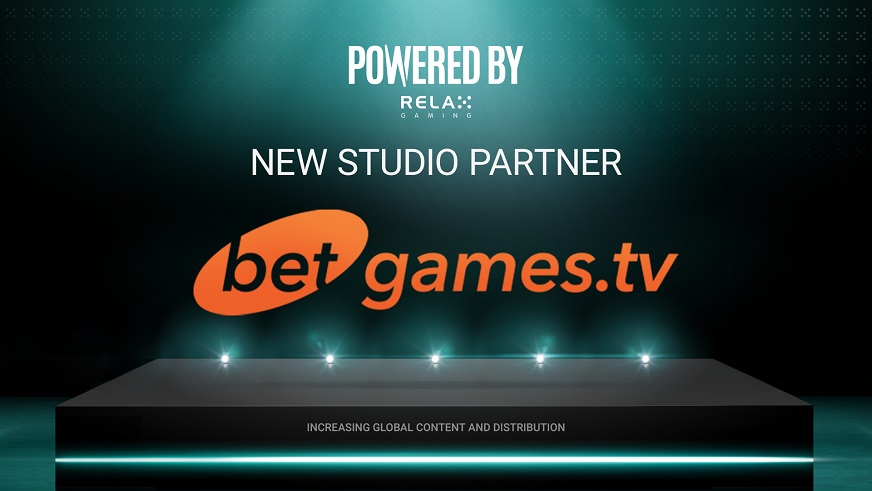 Relax Gaming, one of the leading suppliers and aggregators in the iGaming industry, has signed a Powered By deal with BetGames.TV to integrate its unique collection of games.

The two suppliers have teamed up in order to increase their global content and distribution. And we must say, the deal sounds amazing. Find out more about it!

Relax Gaming and BetGames.TV Team Up

Relax Gaming, the leading supplier and aggregator, is about to integrate BetGames.TV’s unique portfolio of games thanks to the deal they’ve signed for a Powered By partnership.

As part of the deal, Relax Gaming will launch titles such as War of Bets, Speedy 7 and 6+ Poker, providing its operator partners with popular Live Casino table games, lotteries and fixed-odds betting products.

We know that BetGames.TV is on its way to becoming even more popular among Live Casino players, considering its seven SBC Awards nominations this year, but with this deal, it will certainly get the exposure amongst a huge network of leading operators, along with the unmatched technical excellence and speed-to-market offering by Relax and its Powered By programme.

BetGames.TV, the rising star in Live Dealer gambling scene, is among a series of brand new partners Relax Gaming has signed deals with in recent months. The developer has continued to expand its ever-growing network of up-and-coming studios and has landed major distribution agreements with top-tier operators and casinos.

This year, Relax Gaming celebrated its 10th anniversary. During the decade, the developer and aggregator managed to create over 1,000 casino games and provide its partners with all of them through a single integration. Content from selected Powered By and Silver Bullet studios was included, together with Relax Gaming’s expanding portfolio of proprietary products.

Live Casino fans, therefore, especially fans of BetGames.TV would most certainly be the happiest about this partnership. Players from all across the globe, who are playing at Relax Gaming-powered casinos, will now have access to BetGames.TV’s unique, distinctive and highly engaging games. Therefore, if you’re such a player, brace yourself, as you will soon have an incredible opportunity to try out these games.

Relax Gaming’s CPO Simon Hammon said about BetGames.TV that it offered a distinctive portfolio of games which was truly unique on the market. That’s why everyone at Relax Gaming was looking forward to seeing how it was received by its partners’ players. Hammon said that challenging the market status quo was essential for the company since it was always looking for suppliers like BetGames.TV that delivered fresh takes and new ideas in the industry, whilst upholding high quality standards.

BetGames.TV’s CCO Richard Hogg said that they were all delighted to join the Powered By programme, as they saw it as another major step forward for their business, especially considering they continued gaining significant ground with major brands in regulated markets across Europe and beyond. Hogg continued saying that as a pioneer in the vertical, Relax Gaming’s flexibility, speed and open collaboration offering made it the ideal aggregation partner for BetGames.TV, considering they were looking to accelerate growth and build on their offering.