Welcome Bonus
100% 1st Deposit Bonus up to £50 + 50 Free Spins
5.0 rating
5.0
T&Cs Apply
Automatically credited upon deposit. Cancellation can be requested. First Deposit Only. Max. Bonus £50. Maximum amount of Free Spins is 50. Game: Book of Dead, Spin Value: £0.10. WR of 30x Deposit + Bonus amount and 60x Free Spin winnings amount (only Slots count) within 30 days. Max bet is 10% (min £0.10) of the free spin winnings and bonus amount or £5 (lowest amount applies). Spins must be used and/or Bonus must be claimed before using deposited funds. Deposit/Welcome Bonus can only be claimed once every 72 hours across all Casinos. Bonus Policy applies.Full T&C
Play Now Read Review

1st Deposit Bonus:100% up to £100 + 100 spins on Starburst or Gonzo's Quest
5.0 rating
5.0
T&Cs Apply
*18+ New players only. One bonus offer per player. Minimum deposit of £10, Max bonus bet £5 Bonus offer must be used within 30 days and bonus spins within 10 days, otherwise any unused shall be removed. Bonus spins are valid on the following games only: Gonzo’s Quest, Starburst, Asgardians Stone and Bloodsuckers 2 and winnings capped at £50 Bonus funds are 100% of your first deposit up to £100, 50% of your second deposit up to £250, 50% of your third deposit up to £150 Bonus funds are separate to Cash funds, and are subject to 35 x wagering the total of bonus, cash & bonus spins. Terms Apply. BeGambleAware.org
Play Now Read Review

Welcome Offer:
100% Deposit Bonus up to £100 + Always 10% CashBack
5.0 rating
5.0
T&Cs Apply
Welcome bonus for new players only | Maximum bonus is 100% up to £100 | Min. deposit is £20 | No max cash out | Wagering is 35x bonus | Maximum bet with an active bonus is £5 | Eligibility is restricted for suspected abuse | Cashback is cash with no restrictions | Skrill & Neteller deposits excluded | Cashback applies to deposits where no bonus is included | Full T&C
Play Now Read Review

The top live casino game would be that which could emulate real-life gameplay. And it’s safe to say, no one does this as successfully as Evolution. This casino software provider is considered the undisputed pioneer in the live dealer casino segment, and with due right. Their portfolio is extremely rich and diverse, beneficial for operators and players both, and ultimately setting the top industry standard.

Evolution was founded in 2006 and was one of the first providers of B2B live casino products in Europe. Since then, the company has become synonymous with the best live casino gaming experience globally. It is a world-leading pioneer and innovator that constantly pushes the limits and sets new benchmarks for the entire iGaming industry. 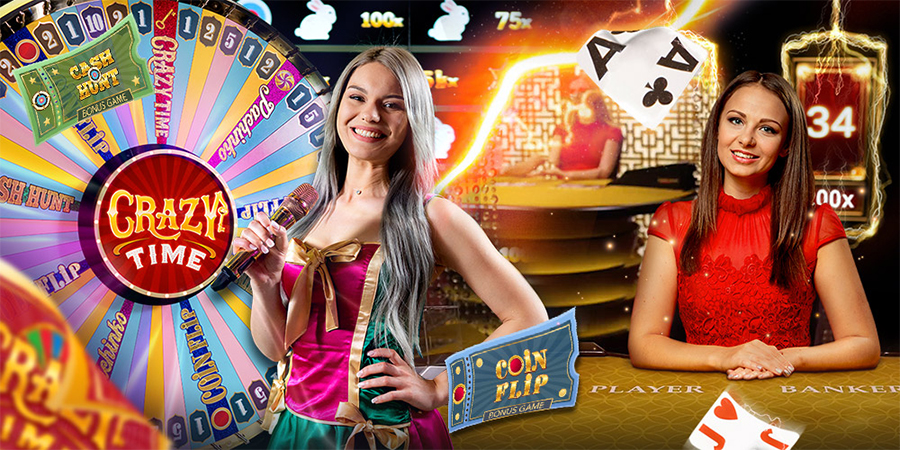 we can freely say that Evolution has revolutionized the live casino vertical. The company produced many engaging live dealer games and breathtaking live game shows that are played and equally enjoyed worldwide.

Previously known as Evolution Gaming, the company rebranded in October 2020 and became Evolution. The new name better represents the diversity of operations since the company no longer offers just games. It is an online casino tech innovator developing cutting-edge software and creating state-of-the-art studio designs.

Multiple rewards and accolades bolster the success of the company and its industry-leading live casino solutions. In 2010, Evolution was crowned EGR Live Casino Software Supplier of the Year and Software Rising Star for the first time. Since then, the company has collected another 11 Live Casino Supplier of the Year rewards at the EGR B2B Awards, which says a lot about its reputation. Just hearing that Evolution has won this prestigious award 12 times in a row is impressive.

The parent company is headquartered in Stockholm, Sweden, but Evolution has offices in over 20 countries across the globe. 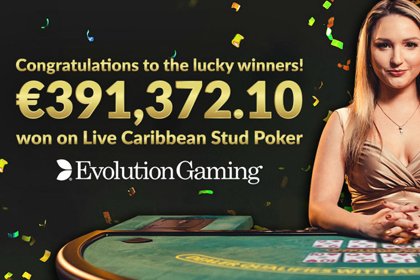 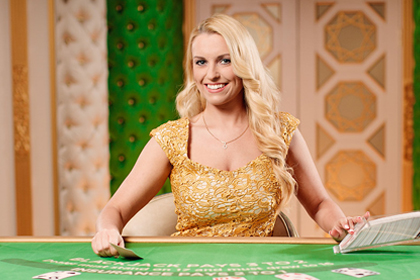 What Inspired the Creation of Evolution?

Did you know that one of the best-known casinos in Monte Carlo inspired a group of people to establish a new company?

Yes, Jens von Bahr, Richard Hadida, and Fredrik Osterberg decided to found Evolution in 2006 in Sweden. They wanted to deliver a unique combination of real casino gambling experience and entertainment into players’ homes using the latest technology. More than a decade later, their idea is still shaking the live casino scene, proving they were successful visionaries.

The idea, born in 2006 in Sweden, not only created a new company but a unique brand promise – to provide products that are “as real as it gets.” Moreover, it also created Evolution’s main corporate value – “ALIVE.”

Fun fact: Evolution showed a BBC newscast running simultaneously in the back to prove the game was streamlined in real-time. This was in their first studio in Riga, Latvia.

Evolution’s Growth Through the Years

Evolution started its live casino journey with the idea of emulating a land-based casino. However, they soon realized that their products were far from the standard casino experience. The confirmation came in 2010 when they won their first ERG award.

Following this major success, Evolution launched a mobile gaming platform in 2012. The following year, they celebrated the 100th live table at their Riga studios, which made them the largest live casino operator in Europe, streaming content from a single location. However, this was just the beginning, as they expanded their reach the same year and opened a new studio in Spain.

Then, in 2014, they opened a new Malta studio. It became home to teams of international dealers that also housed localized tables. In 2015, EVO introduced its studio in Belgium and launched a popular Dual Play solution.

2016 was the year when Evolution celebrated its 10th birthday, marking a decade of being ALIVE. They opened another studio in Romania and engineering hubs in the Netherlands and Estonia in the same year. In 2017, Evolution premiered live game shows category with Dream Catcher.

The following year they launched Lightning Roulette and opened a production hub in Tbilisi. The same year, they started expanding outside Europe. First, they entered the Canadian market and then opened the first live casino studio in New Jersey, USA.

The Acquisitions by Evolution

Until 2018, Evolution experienced organic growth. But then, the company decided to start a new chapter. The first momentous move was the acquisition of Ezugi, which brought a brand-new live casino offering to Evolution Group. This decision marked the beginning of Evolution’s strategic growth.

In 2020, they acquired NetEnt and Red Tiger. Although many were surprised as both companies mainly offer online slots, this move revealed a critical strategy: to gather the best iGaming brands under one umbrella – EVO. This was also the first step in diversifying Evolution’s game portfolio.

Then, in 2021, Evolution purchased another online slot brand, Big Time Gaming, famous for inventing the Megaways slots mechanic that changed the entire industry. This acquisition cemented the company’s position as the world’s no. 1 provider of digital casino games.

In 2022, Evolution bought Nolimit City. This company succeeded in becoming a leading slots developer that carved its niche through games featuring provocative themes and humorous twists. Since they stood out from the rest, Evolution once more acted quickly to add Nolimit City to its ever-growing gaming family.

Is Evolution’s “shopping spree” over? Well, after so many reputable brands already under their wing, we can just expect more to follow. But we will have to wait and see.

Working in Partnership with Their Clients

The company also provides dedicated teams to operators to enable them to offer all Evolution products round-the-clock on all platforms. Finally, Evolution builds its studios featuring cutting-edge technology and opulent interiors that employ over 10,000 people across Europe and North America.

The list of clients cooperating with Evolution is pretty long and contains some of the world’s most prominent and best-known brands. As a matter of fact, Evolution provides its games and services to 500+ tier-one gambling operators in the world. It means that EVO serves more gaming brands than any other provider in the market. The list of their clients contains global online operators, land-based casinos, and niche operators.

One of the reasons why so many brands choose Evolution as a partner is because it offers custom solutions tailored to meet the client’s needs. You can see branded tables, live dealers wearing uniforms with customers’ logos, and hosts trained to communicate with different payer groups. Their unique service and gaming experience make Evolution the leader in the live casino vertical.

Still, the game type that made Evolution so famous is live game shows. The company continuously strives to be ahead of the curve and produce the most immersive and engaging live casino experiences. Their game shows combine table and money wheel games with popular TV shows. Or, they simply take that classic casino staples to the next level placing them in lavishly-designed studios and adding exciting multipliers and entertaining bonus rounds.

As a result, Evolution can pride itself on several multi-award-winning games. Here we will focus on their best-performing and most popular games until now.

Definitely the best live casino game at the moment. Evolution premiered Crazy Time in 2020, quickly becoming a huge hit and the most entertaining live game show. The game is packed with thrilling bonus rounds and interactive and RNG elements. Therefore, Crazy Time is a unique live game show delivering mesmerizing experiences. Especially if you open the famous red door and enter the fun and colorful fantasy world with a huge virtual money wheel in the center.

In 2019, Evolution enriched its game show lineup with another fantastic game show. This time they presented a title based on one of the most popular board games ever – MONOPOLY. The game combines the Dream Catcher money wheel with unique elements of the MONOPOLY game.

The most entertaining part of the show is the bonus round. MR. MONOPOLY enters the 3D MONOPOLY world and starts collecting prizes from the colorful MONOPOLY board. The game was crowned Game of the Year two times in a row. The first award was at EGR Operator Awards in 2019 and the second at The Gaming Intelligence Awards in 2020.

Again, Evolution succeeded in becoming the first to offer something different and unique. First Person range of games delivers the best from both worlds – live casino and RNG. First-person games provide fantastic gaming experiences and feature superb immersive 3D animation and a unique “GO LIVE” button. Actually, this button is what makes these games so entertaining. When you click on it, it sends you directly to a live casino game using an in-game portal. Such a unique approach brought Evolution an Innovation in RNG Casino Software award at the EGR B2B Awards 2021.

When speaking of Evolution and future releases, one thing is sure – the company will continue delivering outstanding games. Everything they launched so far has been successful, so we don’t see a reason for the company not to follow the same path.

In February 2022, Evolution organised its first online event presenting upcoming releases for all their brands. But, the main star of this event was Todd Haushalter, Chief Product Officer at Evolution. He gave us details on the new releases that were in the pipeline at that time.

The audience could see sneak peeks of several games, including XXXTreme Lightning Roulette, Crazy Coin Flip, Super Andar Bahar, Gold Bar Roulette Live, and MONOPOLY Big Baller. These games are now live, and you can enjoy them at the best Evolution-powered online casinos.

However, Evolution keeps rolling out new exciting games. Some of the latest releases and additions to already existing games include Dead or Alive: Saloon, Football Studio Dice, and Imperial Quest. You can also look forward to Free Bet Blackjack version with different free bets, Football Studio Roulette, and First Person Football Studio for the US market.